This weekend, America will be 244 years old.

To be honest, it’s difficult to be patriotic right now.

The nation is being torn apart by people who have no clue what freedom represents.

An uneducated, entitled and violent faction has taken it upon themselves to try to erase history and impose their distorted beliefs on Americans, who are supposed to be free. 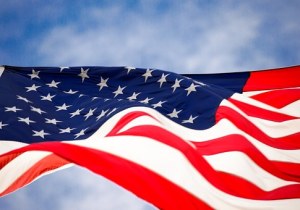 The American Republic was founded on a set of ideals that have been tried and tested. Among them was the belief that ALL people are equal.

This nation was founded on the principals that people have fundamental rights that include liberty, free speech, freedom to worship and assemble, and the right to due process of the law.

American soldiers have paid a price for these rights we all enjoy and some abuse. 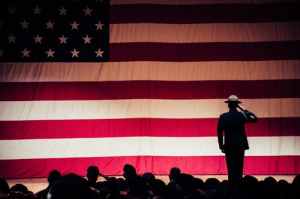 From the Revolutionary War to the the ongoing war on terror, thousands of American men and women have died for us to enjoy our freedom and democracy.

But a godless group of people is trying to take that from us. They want to rip history apart, and they are killing innocent people for one reason. Hatred.

Their lawless brutality is not about a protest. It’s about evil.

I wonder how those brave Americans felt when they were surrounded in the Battle of the Alamo. They fought to defend their ground, but we all know what happened. Nearly 200 patriots were badly outnumbered and slaughtered by the enemy. Evil won that day. But within a month, General Samuel Houston defeated Santa Anna’s Mexican Army in less than 20 minutes. Justice was served.

I have been to the Alamo, and it represents the American spirit and believing in something enough to fight to the death. 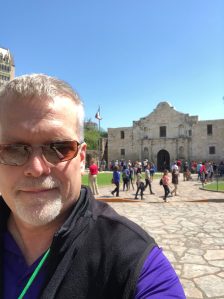 Today in 2020, our freedom is under attack by ruthless anarchists who are fueled by hatred. They despise our way of life, our liberty, our heritage, our flag, and our God.

All news outlets are painting a dismal picture for our future. The good guys are now depicted as bad.

But we were warned about this.

Woe unto them that call evil good, and good evil; that put darkness for light, and light for darkness; that put bitter for sweet, and sweet for bitter! (Isaiah 5: 20 KJV)

It’s discouraging. Cities I love to visit are no longer on my travel list. I will not go back. And that’s sad. I also make sure I have an ample supply of ammunition on hand because the Second Amendment could be the next target.

Is evil winning? To use a sports analogy, it is making a run. But there is plenty of time left on the clock.

It is time to bring the first string off the bench and back into the contest.

During times of struggle, doubt and fear, remember these things when you are behind in the score:

Just like the soldiers in the Alamo, I also wonder how Jesus felt when He died on the cross for you and me. He also questioned his Father. Evil won that day. But three days later, justice was served.

We are living in dark days right now, and at times it appears the other side is ahead. They are dismantling history and setting the stage for the conquest of the American way of life. But they will not prevail. One day, justice will be served.

I believe our nation will come through this battle against evil. There will be damage, but it will heal. Freedom has a price.

And when this is all over, I hope God, freedom, the American flag, our heritage, and the sacrifices our first responders and our military have made will mean more to you than ever.