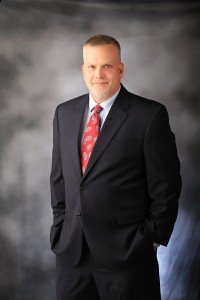 I am a life-long resident of the Southern Ohio area and am an award-winning writer. When I was a sports writer, I won two Associated Press awards for columns I wrote — one was for a column I wrote about my interview with Boston Celtics legend Larry Bird. I also won an award from the Ohio Prep Sports Writers Association.  As a broadcaster and news director, I won an award from the Ohio News Network. Then in television, I won a sales award from The WB Network.

In 2017, I took home the Outstanding Author Award at the Ohio Christian Writers Conference.

I am a freelance writer and have had my work published in several high profile publications.

I am a contributing writer for OneChristianVoice.com, Sohiovoice.com, and am also a guest blogger for Almost an Author, and have been published in The Sports Column as well as ToddStarnes.com and in Clubhouse Magazine — a publication of Focus on the Family.

In addition, I write for PM Magazine, a quarterly publication that highlights the positive aspects of Southern Ohio, where I live with my wife Angie. We have raised two godly men who are both preachers, and Angie sings and plays piano at Rubyville Community Church.

My first book, Buckeye Believer: 40 Days of Devotions for the Ohio State Faithful was published in 2018 and won second place in the devotional category at the Blue Ridge Mountain Christian Writers Conference.

Dugout Devotions: Inspirational Hits from MLB’s Best was released in February, 2019 and is a best-seller on Amazon.

First Down Devotions hit the market in August, 2019. Both are from New Hope Publishers.

In 2020, Michigan Motivations and Heart of a Hoosier will be released by Indiana University Press.

In November 2017, I was honored to receive the Outstanding Author award at the Ohio Christian Writers Conference. I also took first place in the Blue Seal awards in Short Nonfiction and Inspirational.

In 2019, Buckeye Believer was honored to win second place in the Selah Awards in the category of devotionals.