Last week, I had the true honor of having an article published by OneChristianVoice.com. This is a wonderful website, and I am happy to write for it. Rhonda does a magnificent job running the site.

I wrote an article about a bill weaving its way through the Ohio State Legislature. It’s a shame this bill even needs to be brought up for a vote. My published article dealt with the facts – now I’m going to share my opinion.

You can read the article here.

It says a lot about the shape of our society and morals today when Senate Bill 28 is even up for discussion. In case you did not click on the link, I’ll sum it up.

Basically, Planned Parenthood of Greater Columbus and Cincinnati were shipping the remains of aborted babies to landfills in Kentucky, according to Ohio Attorney General Mike DeWine’s office. Yes – you read correctly. It’s an atrocious act.  It is deplorable to actually not care about dead children enough to even give them a proper burial. It’s bad enough to abort them, but it is more unthinkable to discard them in a landfill. It’s inhumane. It’s cold. It’s unfeeling. It’s real. 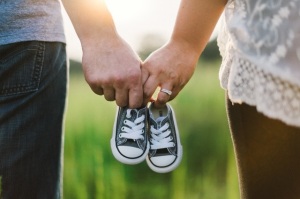 But what do you expect from an organization that kills babies? Planned Parenthood has absolutely no conscious.

Before they were tossed into a landfill, the dead babies were autoclaved, according to a spokesperson for DeWine’s office.

Autoclaved? What does that mean? Sounds bad. Here is the definition:

Autoclaving is a pressure chamber used to carry out industrial processes requiring elevated temperature and pressure different from ambient air pressure. Autoclaves are used in medical applications to perform sterilization and in the chemical industry to cure coatings and vulcanize rubber and for hydrothermal synthesis.

That is what Planned Parenthood was doing to dead babies. Now, do you see why so many want to defund the organization? That is why I don’t want my tax dollars going to this horrible and inhumane organization.

How can anyone support this? How can they be so unfeeling and cold?

“To just toss a dead child into the trash is beyond my scope of reasoning.”

I applaud Ohio Sen. Joe Uecker for sponsoring SB 28 – called the Unborn Child Dignity Act. Sen. Uecker is a friend of mine and a pro-life champion.

“It’s disgusting, but this really happens,” he said. “To just toss a dead child into the trash is beyond my scope of reasoning. I can’t even begin to think like that.” 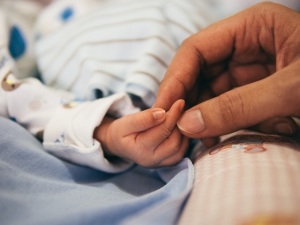 The bill, when eventually signed into law by Gov. John Kasich, will require any aborted child to be given a proper burial or cremation at the expense of the abortionists.

Katie Franklin, the communications director for Ohio Right to Life, told me she hopes the bill makes it out of senate committee by June and passes later this summer.

“We don’t want any more aborted babies ending up in mass graves and landfills,” she said.

The bill sadly never made it to a vote last year. It was sidelined for a couple of reasons, but it needs to be passed this year. It must be passed into law.

This sort of thing should not surprise me – but it does. In fact, it stuns me.

Human life is valuable and granted by God. Babies are innocent and just want to be born. They don’t want to be killed and then tossed casually into a landfill.  Those who do this need God in their life.

Unfortunately, Ohio needs a law to make sure aborted babies get a proper burial. But Planned Parenthood officials, in my opinion, need to take inventory of their souls.

Officials with National Planned Parenthood, as you recall, were caught on tape a couple years ago bragging about the things they bought with money they made on the sale of baby parts from abortions. Those tapes were chilling.

“Cursed be he that taketh reward to slay an innocent person. And all the people shall say, Amen.” Deuteronomy 27:25 KJV

I can listen to an argument from people who are pro-death and debate them – if they are reasonable in their attitude. That’s what this nation is about. But I cannot see any defense in tossing aborted babies into a landfill as if they are trash. There is NO defense for that. 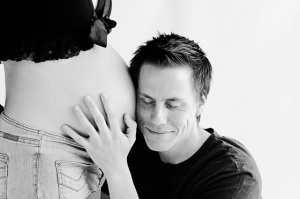 I have used this quote many times because it’s my favorite. It puts anyone who is pro-death into a corner. It was spoken by the greatest president ever – Ronald Reagan.

“I’ve noticed that everyone who is for abortion has already been born,” Reagan said.

There is no comeback for that quote. It leaves the pro-death supporters speechless. It’s a profound argument for life.

We must turn this issue over to God and let Him sort it out. In the meantime, the only thing we can do is educate others, contact our lawmakers to express our views and pray. Those reading this from Ohio please contact your state lawmaker and encourage them to pass this bill.

I’d love to hear your thoughts on this issue.

Also, if you are in favor of dumping babies into landfills I’d really like to hear your reasoning.