I have never been addicted to drugs or spent time in jail, so I don’t pretend to know what some have gone through as part of their recovery. But I have experienced guilt and shame that accompany a bad decision.

For some, being behind bars is a punishment. Yet for others, the daily reminders of letting people down can haunt the mind and lead to a long self-imposed sentence of humiliation and regret.

Then there are those who use the blunders of the past as warning signs to help those heading down the wrong path.

I recently spent some time with the founders of Raw Addiction- Through the Eyes of Recovery, a “family” of recovering addicts in rural Southern Ohio who want to help those in trouble and prevent others from making the same mistakes they did.

John Evans, 39, is out of prison now and has teamed up with Aaron Lanier to form the group established in Lucasville,  Ohio.

This is the community where I live and is located in rural Scioto County which borders the Ohio River. This area is a haven for illegal drugs and has a national reputation for addiction and crime. Ironically, the state’s maximum security prison is also in Lucasville and is the only place in the state where the death penalty is carried out.

In 2011, the New York Times published a piece about my “stomping grounds,” and it painted a bleak picture.

The Cleveland Plain Dealer followed up with a similarly dismal story.

More recently, Fox News came to Huntington, W.V., about an hour’s drive from my home, and ran this shocking report which referred to the city, famous for Marshall University, as the overdose capital of the world.

“Those stories are right on the money,” John told me as we sat at a local Wendy’s.  “It’s scary but true. The drug epidemic is out of control.” 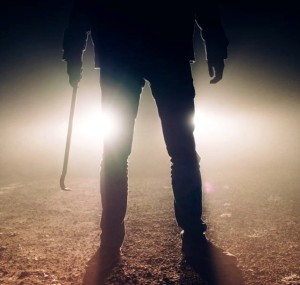 He has been clean for eight years and recently earned his freedom after he served more than six years in prison, with the final 18 months of his sentence being served at the Star Adult Workshop in Franklin Furnace.

He was introduced to drugs in high school and succumbed to peer pressure to smoke a joint. From there, it escalated to a $300-$500 a day habit.

He was in prison in Ross County when he took an unexpected punch in the gut. But it’s not what you might think. He read a letter written by his little girl, who was eight years old at the time (about 10 years ago). The note, which was included with a letter from his girlfriend,  was addressed to Santa Claus.  She told Kris Kringle the only present she wanted for Christmas was her daddy.

“That was the turning point in my life,” he admitted. “I’m sitting there in prison and knew I let everyone down – especially my kids. That letter changed me.”

Words from an innocent girl carried a powerful message.

From that moment, John was determined to make something positive of his life. No more drugs. No more crime. No more lies.

He met Aaron, a recovering addict, at Star, and the two formed an alliance to form a group to help people in similar situations. 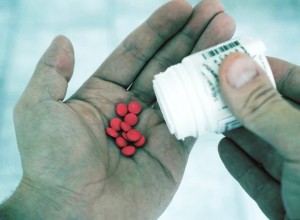 They hold Facebook Live meetings every Saturday night at 9 p.m. and make runs to those who reach out for help.

Aaron said the Raw Addiction group has existed for about six months and already has about 2,000 Facebook followers, and it is growing.

“What better way than social media right now?” he said. “We speak from experience and want to help. We want to tell the addicts that their decisions are more than just about them. It affects the user, the family, the kids, the police and firemen, lawyers and judges and the person who is home minding their own business when their house is robbed to pay for dope.”

The initial group led to the formation of another group with a similar name: Raw Addiction – Through the Eyes of Loved Ones. This one focuses on family members who are impacted by their loved ones’ bad choices, and it is headed by two women who know what it’s like to be married to addicts.

One is Alicia Yelley—she is now divorced from her spouse who continues a drug habit. Julie Talbert is separated from her husband who is also an addict, with no signs of recovery.

“We formed this spin-off group as a way to reach out to wives or husbands who live with an addict and offer support,” she said. “It’s tough to watch someone you love destroy themselves and everyone around them.”

And Julie, who is also John’s sister, has five children of her own, and also wants to help the innocent victims of wrong decisions.

“These kids never asked for any of this stuff,” she said. “They need someone to turn to and we help them and give them hope.”

Both groups are about six months old and looking to make some traction locally in Southern Ohio. But their Facebook platforms are growing to include followers from overseas. The “loved ones” group also has a live Facebook feed on the first day of each month at 7 p.m.

“If we can help one person, then it’s worth it,” John said. “But eventually, we’d like to be a non-profit organization and even open a home or shelter to help addicts and their families. Most of what we do now is out-of-pocket.”

Both John and Aaron are addicts who served time in prison. Although they respect law enforcement, they say the judicial system is not working as it should.

“They send us to jail for rehab, but the drug problem is worse in prison than it is on the streets,” John said. “Drugs are more expensive and more available in prison, so there is no rehab going on there. Prison is about surviving.”

For now, the Raw Addiction groups are doing what they can to educate and spread the word about their efforts to help put a dent in the area’s drug problems.

“We are taking it one day at a time and hoping for some support,” Julie added. “There is just such a great need in our area.”

Look not every man on his own things ,but every man also in the things of others. PHILIPPIANS 4: 2 KJV

When I left the meeting, I was impressed with the determination and desire I had witnessed. I also saw true remorse and a willingness to make things right. They are doing something about this epidemic. They are fighting back with the right mission in mind — to win.

John’s relationship with his children, who are now 13, 14, 16 and 18, continues to build and heal. This is his way of trying to live each day and be an encouragement.  He’s making the most of his current situation and has vowed to learn from his past.

But to do good and to communicate forget not, for with such sacrifices God is well pleased. HEBREWS 13: 16 KJV

What mistakes have you made? The magnitude of sin doesn’t matter, because we all have messed up at some time in our lives. Have you turned the corner? Do you judge those who have done wrong? These are tough questions to ask yourself.

I have hurt people close to me at times and have learned valuable lessons. The leaders of these organizations owned up to their mistakes and want to deter others from going down a similar road of destruction.

Christ can and will forgive you of your past. Don’t go back to those old days of sin and heartache. There is hope offered at the foot of the cross. All you have to do is kneel there and accept His gift of salvation. His letter to you that will change your life is in the book of Romans.

That if thou shalt confess with thy mouth the Lord Jesus, and shalt believe in thine heart that God hath raised him from the dead, thou shalt be saved. ROMANS 10: 9 KJV

When you turn your life over to God, it will be the best high you could ever want, and it’s free of charge.

What can you do? What will you do?

For more information on both groups, please go to their Facebook pages. Alicia noted some other members of the group who are helping to spread the word and fight addiction; Taryn Doyle, Jessica Livingston, Kathy Newman, Scott Norris and Tammy Norris.

Raw Addiction Through the Eyes of Recovery

Raw Addiction Through the Eyes of Loved Ones!

“We are all a big family who needs and support each other,” she said.

2 thoughts on “A Letter Changed His Life”