Two magnificent words with two different meanings. Yet, they are intertwined.

Just a few short months ago, we experienced the joy of life when our grandson was born. He’s a blast and cuddly. He has his entire future ahead of him. 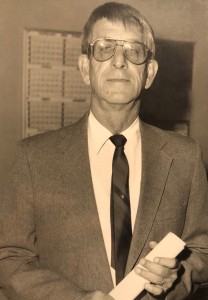 I grew up in a normal home and had my share of disappointments, but I didn’t comprehend what it really meant to die. I spent my days at school and evenings playing sports. That’s all I knew.

On that cold day, my father, Buddy, passed away, the day after his 65th birthday, and on my parents’ 41st wedding anniversary.

Close to his retirement date, he had purchased a bass boat and had dreams of spending his time drowning worms and reeling in catfish and bluegills.

But lung cancer didn’t care about his plans.

I’m not exaggerating at all, but my dad died a peaceful and beautiful death amidst the pain of cancer.

It was one for the ages, so I’ve been told.

Dad was diagnosed with lung cancer in December 1996. I remember being with the doctor who pulled me aside and told me his prognosis wasn’t good. My youngest son was not even two yet, and my oldest son loved spending time with “Papaw.”

By January, Hospice was already on the scene. But soon Dad was admitted to the hospital and never came home.

Two days before he died, he was awake in bed and talking up a storm and laughing. I thought he was making a rebound and might be able to go home. But the next day, he slipped into a coma and became unresponsive.

My three brothers and I, along with our wives, all gathered in his room with my mother. The death watch was on. 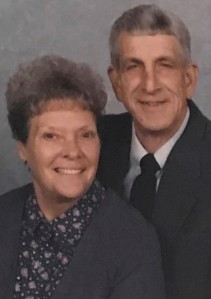 I can remember like it was yesterday when our current pastor came in to visit. We all gathered around Dad’s bed and softly sang some of his favorite hymns. Then, miraculously, Dad opened his eyes for the first time in hours, turned his head toward my Mom, who was sitting there holding his hand, and with a single tear trickling down his face, he smiled and took his last breath. It was right out of a movie scene.

It was a beautiful death. It still makes me cry when I recall it–not because of sadness, but because it was so touching.

Most people would have spent the next few days in mourning, which is understandable.

But Angie and I had other plans, and Mom insisted we keep our commitment.

We had reservations on a big Greyhound Bus bound for Washington D.C. to participate in the National Right to Life’s March for Life.

The funeral was arranged before we left, and we would be back in time for the service. We thought about it for a few hours.

What better way to honor my father’s death than to go to the nation’s Capital to defend and celebrate LIFE?

We hopped on the bus with a heavy heart, took our seats, rode through the night, and walked with tens of thousands of people up Pennsylvania, Avenue to the steps of the United States Supreme Court. Our mission was to let the world know that we stood for the lives of the unborn, and for those who are targets of euthanasia.

It was so cold that day. Although we were with a large group of friends, I felt alone at times on that whirlwind trip.

I didn’t sleep much because I recalled all the wonderful times I spent with my Dad. He worked hard and didn’t have a lot of money, but I never went without. I didn’t know the difference.

One day, he picked me up from ball practice and told me to get into the car with everyone else. I was about nine or 10 years old. He wouldn’t tell me where we were going, and that drove me nuts. Even back then I hated surprises.

About an hour later, we pulled up to Camden Park in Huntington, West Virginia. It had roller coasters and was the place to go for fun for people in Southern Ohio at that time. What a great memory.

When I was a sportswriter, I took Dad to a Cincinnati Bengals game. Back then, members of the media could watch the final quarter from the field. We were on the sidelines when Gary Reasons, a linebacker for the New York Giants, made a tackle and at the same time, wiped out about seven bystanders – including us.

I also took him into the locker room when the Los Angeles Dodgers played the Cincinnati Reds. We both sat with pitcher Orel Hershiser after the game, who spoke to me about how he stayed calm in the World Series by singing hymns. There we were, in the clubhouse, and the “Bulldog” was humming “What a Friend We Have in Jesus.” Just the three of us — or four when you count God.

My dad enjoyed life to the fullest, and I hope to honor him each day by being the best husband, parent, and grandparent I can be.

Buddy would have been 88 this week.

That weekend 23 years ago had two different circumstances.

What memories will you provide to your loved ones? Will you leave them with a testimony and the hope of seeing you again in Heaven? My Dad did. Will you?

15 thoughts on “Life and Death”