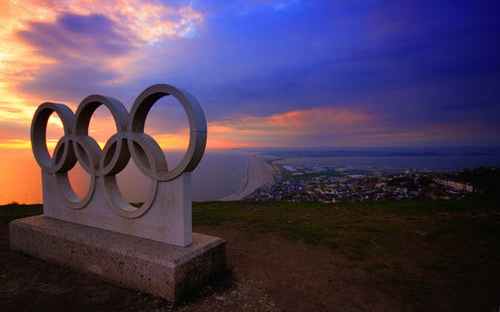 I knew the big announcement was coming.

Two weeks ago, I received some pending grim news about an event I was hoping to attend. But this weekend, it was official.

The mission trip I was planning to attend in Tokyo at the Summer Olympics will not happen.

I was not surprised; however, I am disappointed.

The group I am affiliated with saw it coming a few weeks ago.

Last week, I spoke by phone with Dr. Sam Mings, the founder and president of Lay Witnesses for Christ International, and he told me the mission trip was not going to happen.

This organization’s purpose is to fulfill the great commission and spread the good news of Jesus Christ.  Soul winning is the name of the game at the Olympics for Dr. Mings and his team.

“This has been a tough year for many people and for many non-profits who lead mission teams,” he said. “We have been stretched to the limits ourselves.”

For the past 38 years, he has taken teams to the Olympics as a mission trip.  Not this time.

The Olympic games will still happen in Tokyo, but spectators from abroad will not be allowed to attend the games, which were postponed from last year because of the pandemic.

Those in charge said the risk was too great to admit ticket holders from overseas during a pandemic. The Japanese public was also vocal about allowing fans to come in from overseas. Since the pandemic started last year, Japan has reported about 8,800 deaths related to COVID-19 and has controlled the virus much better than most countries.

Dr. Mings was going to take a team to Tokyo on a mission trip. I was on tap to be the International Media Director, and my role was to interview athletes from all over the world and write about their inspirational stories.

My friend Stan Lovins II introduced me to Dr. Mings. Stan played professional baseball briefly and is the president of Sandlot Ministries. He holds the position of International Stars Director for LWFCI.

“It’s just one of those things where God is in control, and He does not want us there,” Stan told me. “You don’t question the leading of the Spirit, and you don’t force things to happen.”

But there is some good news in the midst of the disappointment.

Instead of heading to Japan, we will be looking to travel to the 2024 Summer Olympics in Paris, France.

My role, according to Dr. Mings, will be the same.

Please join me and Coach tonight at 9:30 EST on #PJNET.tv.
My blog at https://t.co/nUAkam6Y1a
touches on disappointing news — we’ve all received it — and how I handled it. Better things are to come. #attitude #positive.
👇👇https://t.co/JjDH8IZQKU pic.twitter.com/XSs4uOCASF

I will be in charge of the media center for LWFCI which will include distributing information on the games and interviewing athletes who are there to compete.

God obviously did not want us to go. And it’s easier to accept when you have that attitude and outlook.

There must be something really good in store for us in three years in Paris.

To everything there is a season, and a time to every purpose under the heaven. (Ecclesiastes 3: 1)

I was disappointed for a few reasons.

How do you handle disappointing news?

It’s okay to be let down, but don’t let it consume your thoughts. 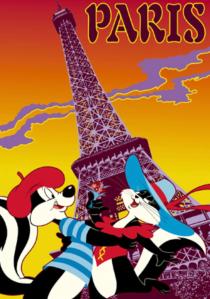 Maybe you have been disappointed. Perhaps during this pandemic, you lost a job or or missed out on a great opportunity. Maybe your future plans were put on hold. This has impacted everyone. But you can overcome disappointment and find brighter days ahead.

Am I disappointed I won’t be going to Godzilla’s favorite town? Of course.

But I am more excited to possibly see the City of Lights. After all, it’s the original home and inspiration for Pepe Le Pew. Vive La France.

And we know that all things work together for good to them that love God, to them who are the called according to his purpose. (Romans 8: 28)

Del Duduit is an award-winning writer and author who lives in Lucasville, Ohio with his wife, Angie. They attend Rubyville Community Church. Follow his blog at delduduit.com/blog and his Twitter @delduduit. He is represented by Cyle Young of C.Y.L.E. Agency.

4 thoughts on “Not This Year”